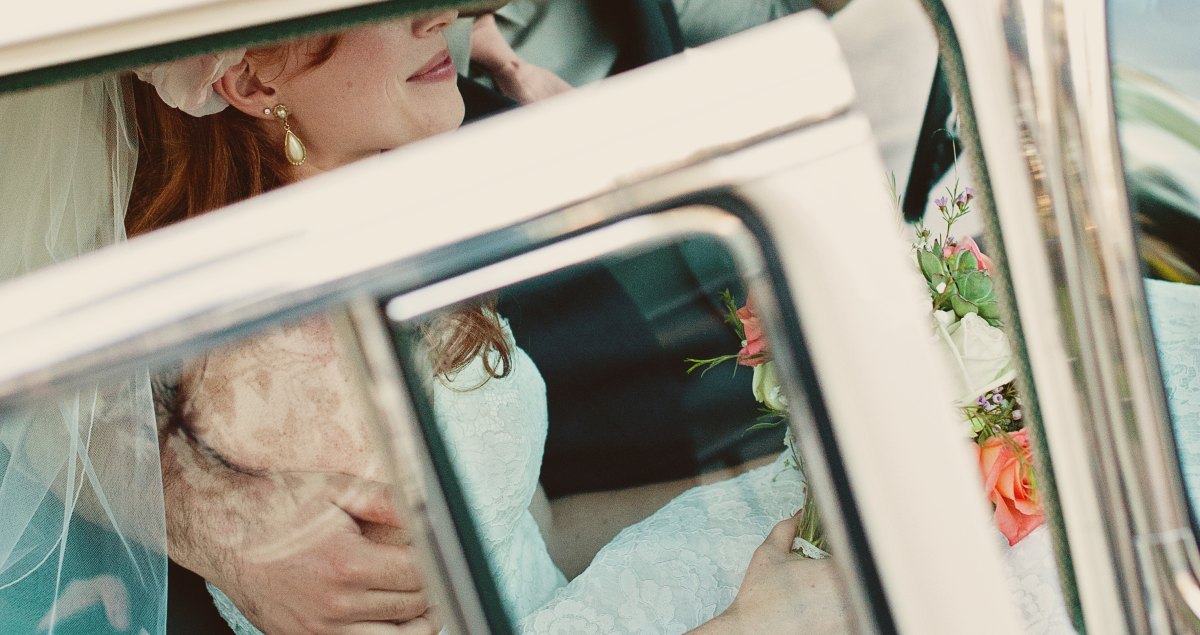 Ten years ago, I did something that my teenage self never would have expected.

My husband (king of the spreadsheet and organiser extraordinaire) was as involved in the planning process as I was, but aside from the usual wedding-related stresses there was another decision that, for a time, occupied our premarital thoughts: what would we do about our surname?

I appreciate that for some people this really isn’t a decision at all. Having just one family name is unifying, it’s easy; and tradition states that, in heterosexual relationships, it should be the woman who takes the man’s name.

For us, however, this was problematic. I didn’t want to change my surname.

Ahead of our wedding, we toyed with possible alternatives: we could double-barrel, my husband could take my name, or we could invent a hybrid. In the end, unsure any of those options would make us both happy, we decided to stay as we were.

Thankfully, my husband didn’t need me to explain to him why I wanted to keep my own name, but, after we married, we both spent a considerable amount of time having to explain it to other people.

‘Why did you get married in the first place if you weren’t going to change your name?’ was the most common question from friends and family, closely followed by ‘But what will you call your children?’.

A decade later, I don’t feel that either of those questions warrant a response, but as a twenty-four-year-old newlywed, one who didn’t have the confidence to tell people to mind their own business, I regularly found myself justifying my decision, particularly to other women.

I’ve often wondered, in the years since, if the reason for this was that other women saw my decision as a judgement on them. I would regularly hear ‘Good for you for doing it, but I couldn’t/wouldn’t do it myself’ as if feminism was an ideal that we must all aspire to and that in not wanting to keep their own names my decision had highlighted their feminist failings.

A few months ago, an article on the topic caught my eye: Please let’s stop judging women who change their surnames after marriage. In the piece, the writer explains why she chose to double-barrel her surname with her husband’s after they married, hooking onto a timely debate about name-changing following the high-profile nuptials of musician Nick Jonas and actor Priyanka Chopra (who had recently decided to double-barrel her own surname).

I agreed with the writer that no woman should be judged for taking her husband’s surname, but the tone and language of the piece, at times, seemed to come from a place of attack rather than explanation: ‘I’ve heard women proudly gush that they’ll never change their surname when their time comes and others go quiet when I tell them I have. Tut, tut – how could a woman who takes her husband’s name call herself a feminist?’

I felt defensive – not all women who’ve decided to keep their own names are judgemental about women who haven’t and, in my opinion, placing us on opposing sides will only make the issue of marital name-changing even more divisive going forward.

Similarly, an article with a differing stance Priyanka Chopra Jonas’s new name is not a feminist statement – quite the opposite, was just as critical: ‘One almost wonders why she [Chopra Jonas] bothered to double barrel her name at all if her husband seemingly hasn’t done so. Why not simply just take his?’.

Whilst I’m uncomfortable with the negativity within their pieces, both writers raise some interesting points, highlighting the difficulties of marital name-changing and the limited options that are available to us.

So, if there isn’t a one-size-fits-all option when it comes to changing (or not changing) your name after marriage, then why can’t we be a bit more accepting of the people who’ve made a decision that works for them regardless of whether that decision matches our own?

I was torn. Wouldn’t this look like I was giving in to the people who had always questioned our decision? Wouldn’t it look like I’d surrendered to tradition (or something like it)? It wasn’t the same for my husband, his name change wasn’t and never had been assumed.

I still haven’t decided, but it’s reminded me how strongly I feel that feminism is about choice.

So before you ask me (again) why I don’t want to change my surname or before you judge the woman who has or sneer at the couple who’ve created a hybrid or mock the man brave enough to choose his wife’s surname over his own, remember that, as women, our ancestors have worked hard for the choices we’ve been given today.

We can’t continue to fight for gender equality if we’re constantly criticising each other’s decisions.

I didn’t need ten years of marriage to teach me that – and you shouldn’t either.

2 thoughts on “When it comes to changing (or not changing) your name after marriage, we ALL need to be a bit more accepting”