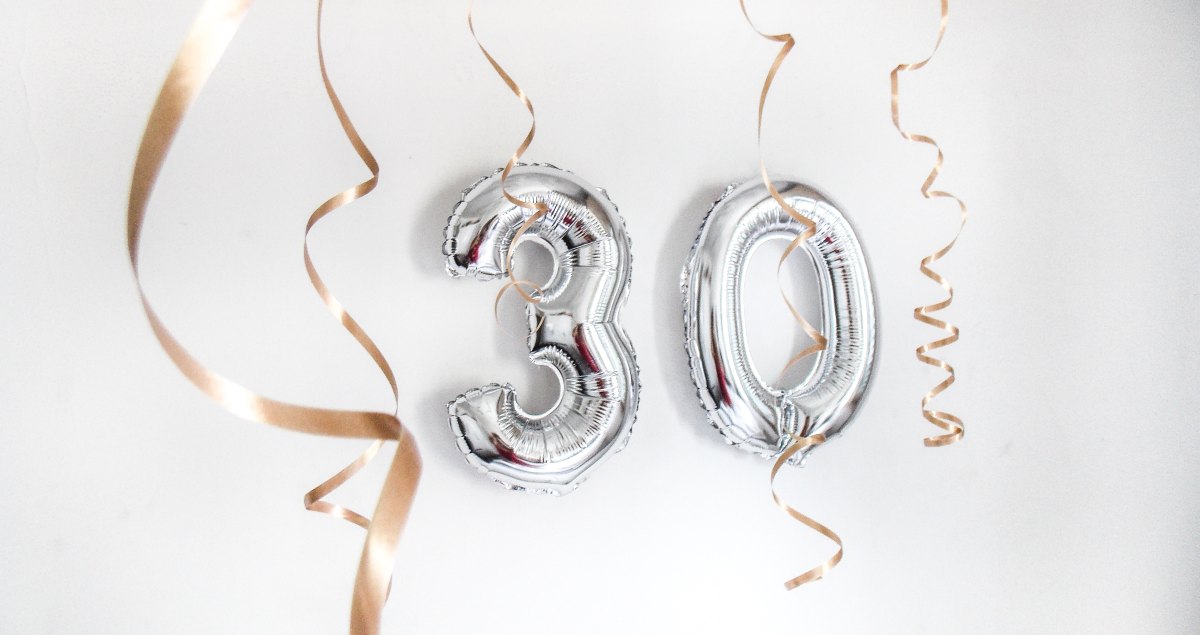 On New Year’s Eve 2014 my friend and I sat in a café pondering my imminent thirtieth birthday. “You seem really calm about it,” she said, her own thirtieth still a comfortable six months away.

She was right, I was calm. I’d already had the ‘I’m not where I thought I’d be at this age’ wobble, but the articles I’d read had assured me that I’d have a better sense of self at thirty, that I would be less concerned about social pressure and that I’d know exactly what I wanted from life.

Actress Olivia Wilde (who turned thirty a year before me) had described her thirties as the ‘Cut the Bullsh-t and Go Be Awesome’ stage. Online, a study had found that seven in ten Brits said they felt happiest aged 33. So, what was there to be worried about? This new decade was going to be my best yet. I knew it.

During those first few years, things moved quickly. I felt pleased – already life was better at 31 than it had been at 29. Then, shortly before my 34th birthday, I realised how close 35 was. I panicked.

Throughout their twenties, my friends had been building careers for themselves, working their way up the ladder to land jobs that were either personally satisfying, financially rewarding or both.

I was unemployed. My only major roles since leaving university had been an admin job that I’d stayed in for close to a decade and an entry level marketing position previously held by a woman almost ten years my junior.

Career-wise, I was no better off now than I was in my twenties, and my forties were just six short years away. I thought back to the articles I’d read a few years before – I should have a stable career by now, should know exactly what I wanted.

According to a 2016 study on milestones, we would reach the peak of our careers at 38. How would I achieve that in four years?

A week after my 34th birthday my toddler started nursery and the panic that had been building over the previous months began to pass. I’d been reading about the growing number of women who were changing their careers at 30 and 40, and, now that I had some time to myself, I realised that I could dedicate that time to my own career.

More importantly than that, I realised that I wasn’t behind. It was never too late to start creating the career that I wanted and even if I didn’t get to where I wanted to be straightaway, what did it matter? My whole life didn’t have to be sorted by the time I reached 39.

Over the past four years, I’d spent so much time comparing my life to my friend’s lives, to the celebrities I’d read about online and to the person I’d been in my twenties, that I’d started to forget about all the things I already had.

Whilst society is obsessed with age (and perhaps the popularity of the 10 Year Challenge is a good example of that), we shouldn’t have to be. Our goals shouldn’t be time-bound, and our lives don’t need to be linear. We can start or change our careers whenever we choose. We can become the people we want to be at whatever time feels right for us.

Instead of comparing our twenties to our thirties, our thirties to our forties, why don’t we ask ourselves if we’re happy with our lives right now and, if the answer is no, lets strive to change that, whatever our age.