At Eastside Projects in Digbeth, Birmingham, a slow mournful note can be heard. It echoes around the empty gallery space, climbing the white-painted walls, huddling into dusty corners, evoking in its listeners the same sense of fearful trepidation that it surely aroused 160 years ago as it heralded the fateful Charge of the Light Brigade during the Crimean War. For a second there is silence; and then comes a wing horn, a pair of trumpets, a bugle scarred by a single bullet hole, a bass ophicleide. The sounds merge to form fractured harmonies. And then the room is silent once again.

In Broken Ensemble: War Damaged Musical Instruments (Brass Section), former Turner Prize winner, Susan Philipsz, has blurred the boundaries between history and modern art by successfully creating an installation that not only carries the listener back in time, but also moves them forward in terms of artistic engagement. Breathing new life into war-wounded instruments that have, over the past century, been viewed in museums rather than heard on the battlefield, the Glaswegian-born artist confidently challenges our reactions to sound and space with simple, yet emotive recordings.

Each of the six instruments tells a story, each sound a personification of conflict: one of the trumpets (used by the Heavy Cavalry Regiment of the Austro Hungarian Empire) wheezes out its sombre note like the last breath of a wounded soldier, its sound so vulnerable and weak that it is almost a relief when eventually it is picked up and carried by the stronger instruments in the group. Separately, their resonant sounds could be considered cries for help. Together, they unify a past that should not be repeated; a warning siren steeped in personal experience.

Without visual aids, sound becomes an all-consuming experience and I think it is fair to say that whilst this installation may appear somewhat empty, its meaning is anything but. 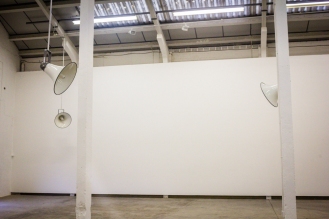 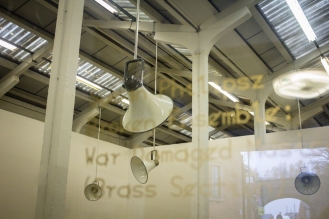